With Monday the official start of spring, the National Weather Service says Southern Indiana region is in store for a routine round of seasonal storms, but the agency and emergency officials both say the public must still be aware of the potential weather threats and be prepared for emergency situations.

“We expect showers and thunderstorms, of course, and though there certainly is the potential for them to become severe, there’s nothing that indicates we’re going to have a worse storm season than in past years,” National Weather Service Meteorologist Dan Villanueva said. “With that said, you should still take the normal precautions.”

Villanueva said those living in the region should be ready for regular storms and rainfall, but also those that could turn severe with high winds, hail, flash flooding, extensive lightning and even tornadoes. The meteorologist said the area is subjected to strong storms due to it’s geography.

“You get this mix of cold air pushing south and southeast and then that warm air from the gulf moving inland,” Villanueva said.” When that clashes, that’s when we see a lot of that severe thunderstorm activity occurring in the central United States area.”

Villanueva encouraged families to identify multiple locations where members can safely ride out storms and advised motorists not venture out in their vehicles when conditions are dangerous.

“Have a communication plan with your family,” Villanueva said. “Severe weather can occur at anytime of the day. You may be at work and your kids may be at school, so your family might not be at home together. Know that you should seek shelter in a certain area that is away from exterior walls, doors and windows. You should also know not to drive through any flooding on roadways. Remember ‘turn around, don’t drown,’ because although that water may not look deep, it could be and it could be moving fast enough to take you and your vehicle.”

Villanueva also urged members of the public to heed outdoor warning sirens. She said the public commonly interprets the sound as a warning of a tornado, but that it actually means to seek shelter inside and to get information regarding the storm. She also clarified the difference between issued watches and warnings, with watches meaning that storm conditions could develop and warning meaning conditions are already present and pose an active danger.

County Office of Emergency Management Director Sarah Soomu said preparedness is simple and can begin well before the skies darken and conditions deteriorate. She said the public has ready access to weather predictions from multiple sources, but just does not take advantage of the resources and the information they provide.

“So many people, unfortunately, don’t seem to pay attention to the forecasts until a tornado watch or warning is issued,” Soomu said. “We really need people to be preparing way in advance for that.”

But even when the public sees and hears weather, Soomu  said still people tend to be dismissive of the threats or disregard the warnings raised. She said that attitude can prove costly.

“When the forecast includes the possibility of severe weather, take it seriously,” Somers said. “People very often say, ‘Oh, they got it wrong,’ so they become complacent and they don’t want to pay attention to the warnings. This is Indiana. Weather changes and it changes rapidly. It can become a life-and-death situation before you know it.” 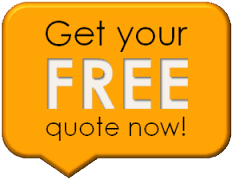